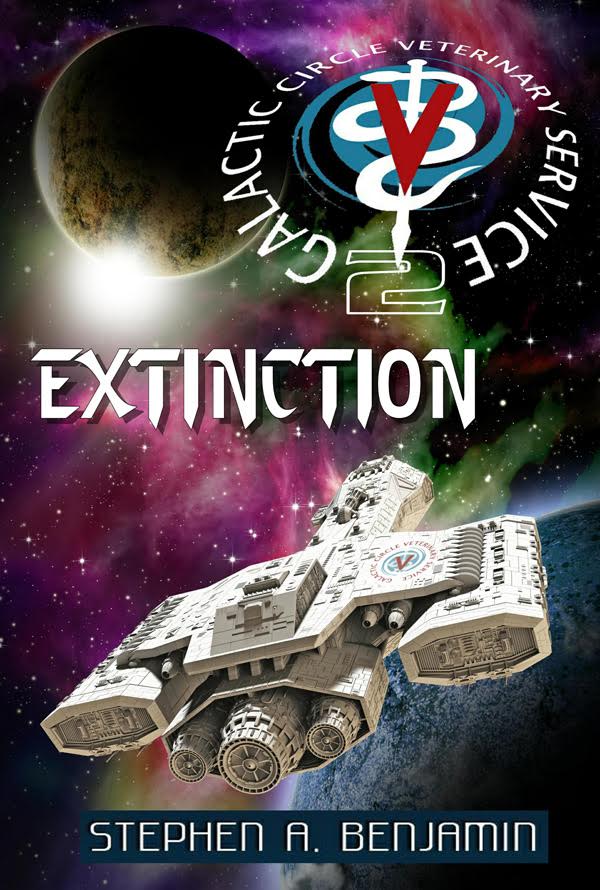 In Book 2 of the Galactic Circle Veterinary Service, the crew responds to a call for help from the planet New Mecca, the galaxy's center of the Islamic faith. Dr. Cy Berger, his wife, Dr. Roxanne Simon, and Furoletto Cohen, their engineer and medical assistant, all hail from Jewish home worlds settled during the Great Diaspora when Jews were driven from Old Earth by a militant Islamic world government. The crew includes a young dragon and a werewolf who are medical interns, and an increasingly bizarre Artificial Intelligence bent on destroying Cy's wife and taking over his mind. Cy must put aside his religious biases to help the people of New Mecca to fight a disease in their livestock herds that threatens planet-wide starvation. The GCVS crew must survive assassination attempts and civil war as they race to understand and halt a deadly genetically-engineered plague, released by terrorists, that threatens to destroy all animal life on the planet, and, potentially, in the galaxy.